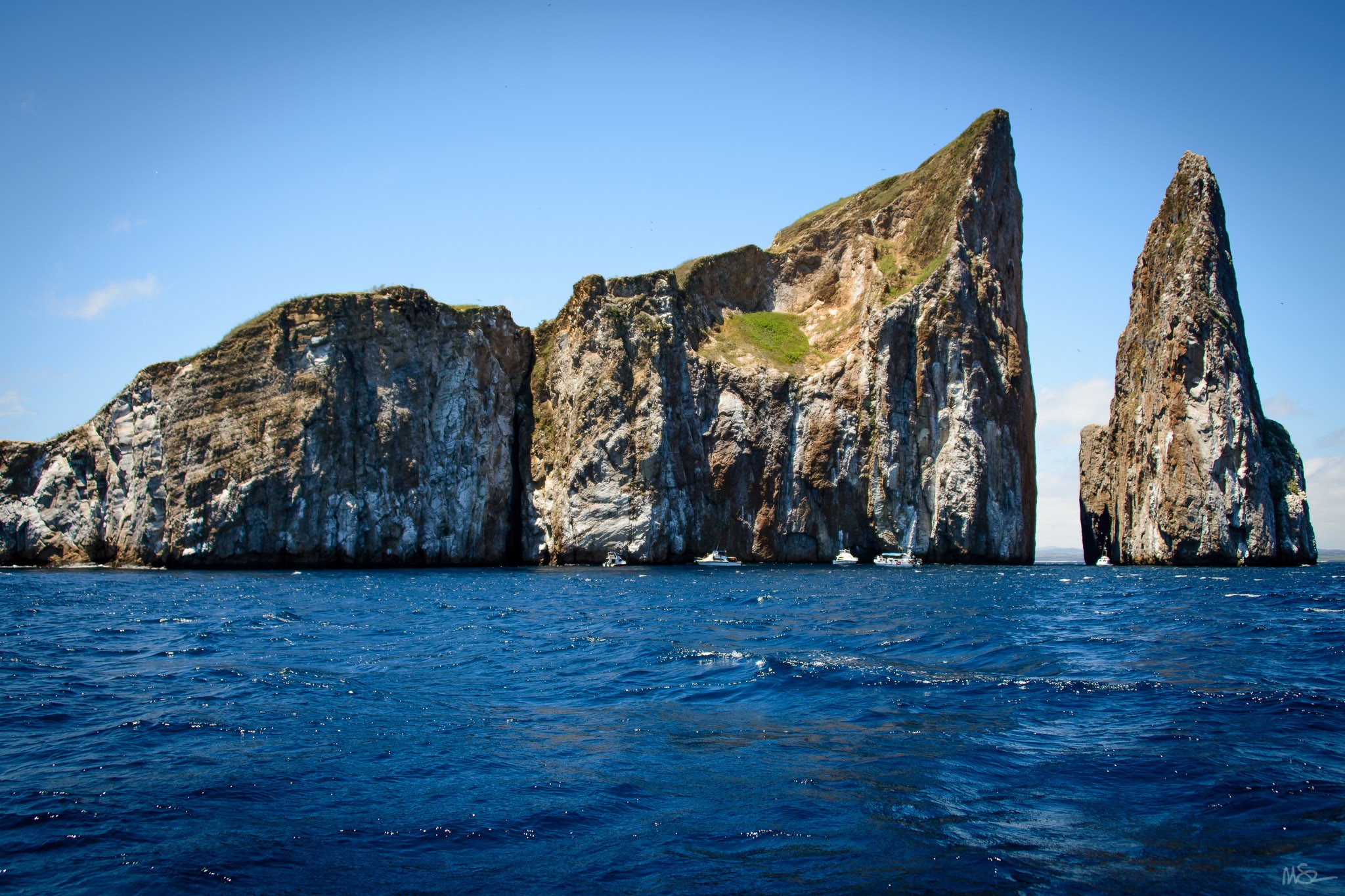 A busy day in Galápagos. I woke up early to take pictures of the sea lion colony that resides in the port in the center of town.

After breakfast at the hotel we took a boat to Isla Lobos. One the way we saw a variety of birds including frigates and the Blue-Footed Boobie.

At Isla Lobos and Kicker Rock we were in the water for a snorkeling adventure with sea lions, a sea turtle, tropical fish, and several varieties of sharks!

For dinner to took a trip into the highlands of San Cristobal for BBQ steak and chicken at Cafe Caliente de Galapagos. Another early start tomorrow as we transfer by boat to Isabella Island by way of Santa Cruz Island.