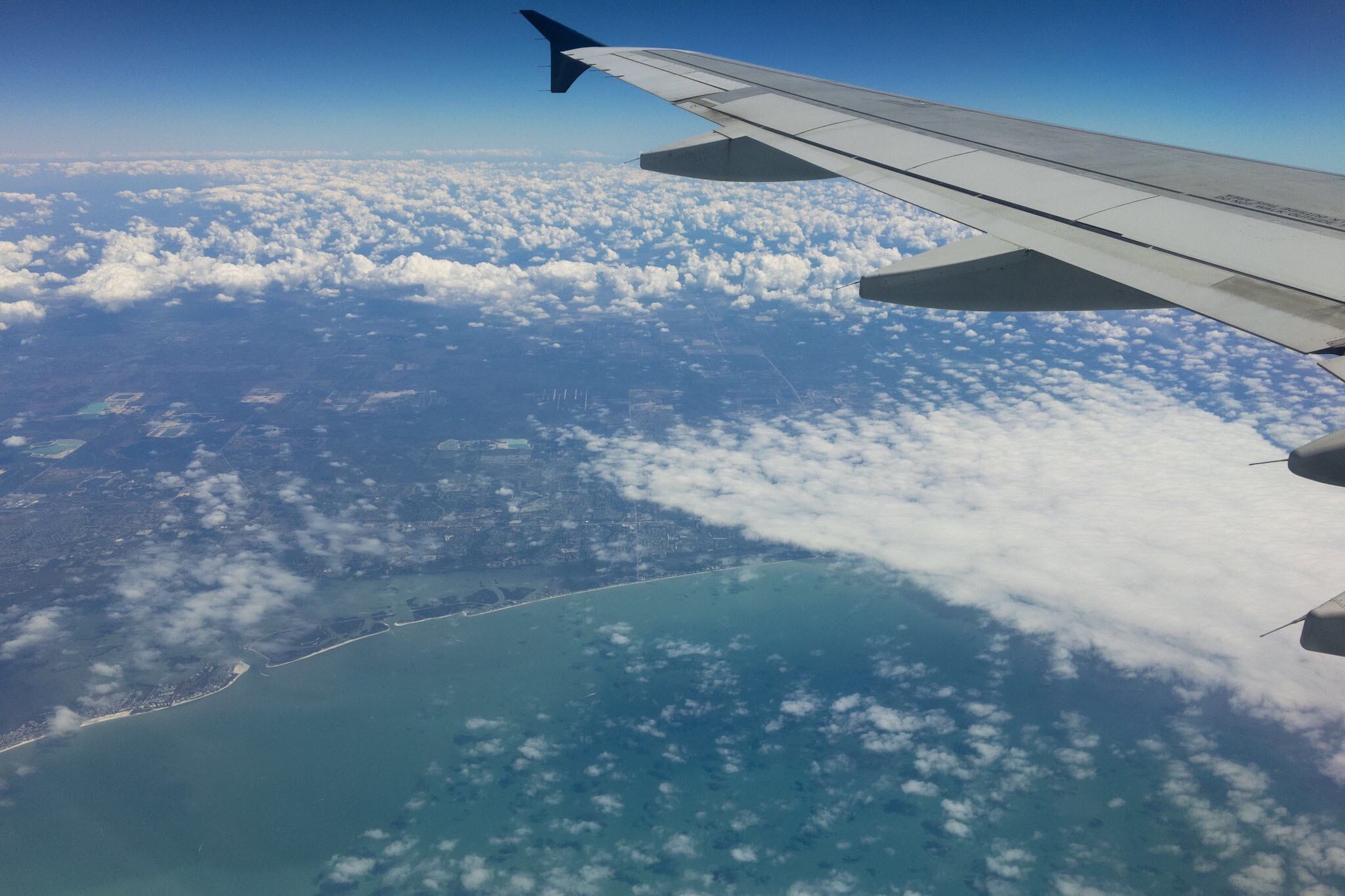 From the Montehabana hotel in Havana …

Fueled by Peter’s Cuban BBQ, Nancy’s incredible chocolate cake, and some potent martinis, we were up early to head to the airport. We left Melrose at 4 AM for Logan. And after our 6 AM departure we arrived in Atlanta by 8:30 AM.

Over D.C. enroute to Atlanta

During the two hour layover in Atlanta, we confirmed our general license to travel to Cuba, received our visas, and stopped for Caribou Coffee – a rare treat for me since I live in Caribou-deprived D.C.  Departure for Cuba was about 11:30 AM.

Over the Florida Keys in the way to Cuba

We arrived in Cuba at about 1:30 PM, passed through customs, and had a late lunch at Area +53 in Havana. After a short bus ride we checked into the Montehabana hotel and took a quick break to unpack.

Then we went to the hotel next door for mojitos by the pool while listening to Ana Marie, our tour guide, talked about life in Cuba.
After a late dinner I’m back in the Montehabana lobby paying for Wi-Fi for today’s update.