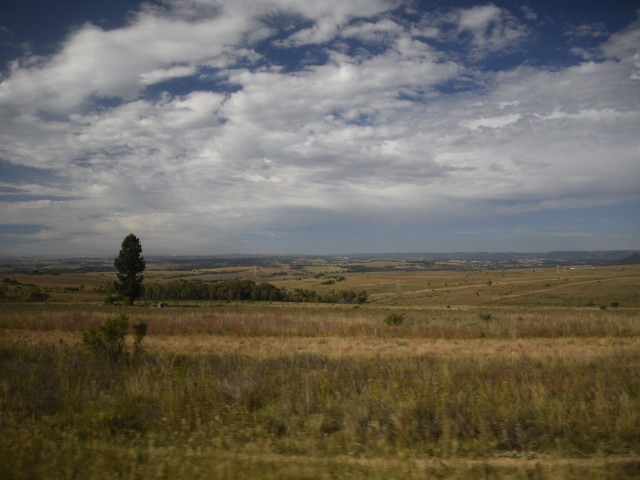 From the lobby bar of the InterContinental Hotel:

Today we saw Africa in transition, from a wild life reserve dedicated to protecting indigenous species to the changing face of Soweto.

We began the day at the Rhino & Lion Park Nature Reserve with the opportunity to see Rhinos, Lions, Water Buffalo, Antelopes, and Ostriches. Rhino & Lion Park is a privately owned facility setup to breed Rhinos in an effort to prevent the declining population as a result of poaching. A Rhino horn is worth $1,000,000 on the black market.

A lion at Rhino & Lion Park

Mickey with a leopard cub

Next we visited Soweto. Our tour guide and Soweto resident Eric talked about life in the township and the challenges residents face as they adjust to life in a democratic South Africa.

A street in Soweto

The Mandela House in Soweto

Tomorrow we travel to Kruger National Park via the Panorama Route.