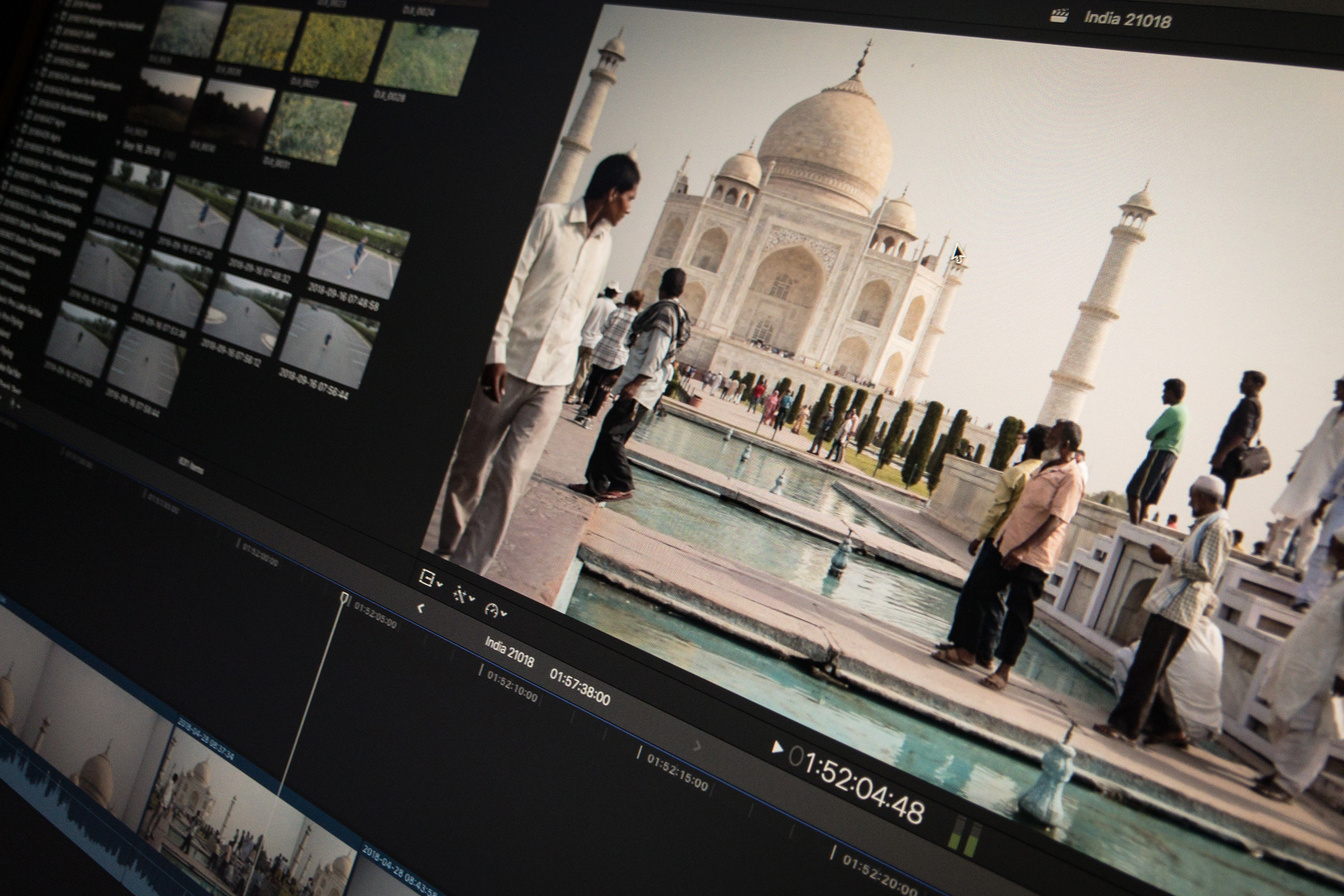 Every trip requires a carefully considered pack list that aligns the demands of international shooting locations with the willingness to carry a certain amount of equipment.  And every trip generates a good deal of data from a variety of sources.  Packing and carrying the right gear requires careful planning and tracking, backing up, and using the resulting assets requires a solid workflow.  So, as I did for Cuba, Peru, Galapagos, and South Africa, here is an overview of the gear I carried to India and the photo and video workflow I used to handle the assets when I returned.

I brought along mostly the same gear for India that I’ve used on recent trips:

About halfway through the trip, I swapped out the initial set of SD cards for the second set. At the end of the trip, between the D750 and the iPhone 8, I ended up with 1,476 picture files totaling 27.96GB. That’s a shooting rate of about 134 per day – higher than my average of 100 photos per day on international trips – but not unexpected with two safari days on this trip.

In addition to JPEG backups, I used the slot 2 card for movie files and ended up with 399 movie files totaling 29.69GB. The movie file count includes DJI OSMO Mobile 2 and iPhone 8 movie files for some additional video, hyperlapse, and timelapse sequences.

For the daily trip blog updates I used the D750’s built-in Wi-Fi to connect via the Nikon Wireless Mobile Utility installed on my phone.  Once connected it was easy to select pictures to transfer to the phone, and then incorporate those photos in the daily trip blog updates using the WordPress Mobile App.  Internet access in India was actually pretty good.  Fairly consistent LTE coverage or Wi-Fi access.  Much better than the frequent Wi-Fi disconnects experienced in hotel lobbies in Cuba last year.  Between uploading photos, drafting the content, and finding someone to proof (thanks Mickey and Donna!), the daily blog updates still take about an hour each day to complete.  But on travel with long bus or train rides between cities – like this trip to India – it’s great to sit back, watch the countryside go by your window, and spend some time working on the day’s blog post!

My stan­dard work­flow for pho­tos and video remains the same. I’m working with what is now known as Adobe Light­room Classic CC for photo man­age­ment and editing – using the Creative Cloud Photography plan.

The simplified version of the workflow is:

With all trip photo and video files transferred I con­firm onsite and off­site back­ups are com­plete (using CrashPlan for Small Business to manage both backups) and then refor­mat the SDXC and SDHC cards for use on the next project.  Now it’s time to get to work on the photo gallery, book, and the trip video!